police is too brutal. i have been gassed (pepper gas) several times, and i am of the luckier ones. there are too many injured (police tends to shoot the canisters to your face and to your head, and they've been using plastic bullets) and all too vivid stories of torture in various police stations all around turkey let alone istanbul. there are ambulances, but they are carrying pepper spray canisters to the police rather than carrying injured to the hospitals. in any case, police has been gassing the emergency rooms...

even worse than the police brutality has been the turkish media's incredible cooperation with the government in silencing the events. people have been left unaware, and the protests have been framed as a few people's ridiculous, drunkard attempt instigated by 'the provocative media' (read as, the leftist media).

i want to be very clear on this: the protests in gezi park are directed at the current neo-liberal government. they were started out in order to protect the park, but framing it purely as such would be underestimating the political and the ideological battles being fought right now. what is under attack is not only 'our park' or 'our city', but our lifestyles, our sources of income, our homes, our food, our right to wear (or not to wear) what we wish, our right to political participation, and our right to criticize the government to our hearts' contents... we are not merely looters as the prime minister claims us to be, but a significant portion of the turkish population - crossing gender, class, and ethnicity lines; we are of all ages and all sects; we are socialists, communists, anarchists (seriously black block you were awesome), and center right conservatives; we are secular, we are religious and/or we simply dont care about religion all that much..

what we care about is our freedoms to express ourselves, to exist as ourselves as us in public sphere, and we are not ready to negotiate on that.

Sen istiyorsan devrim yakindir. [If you want, revolution is closer than you think.] 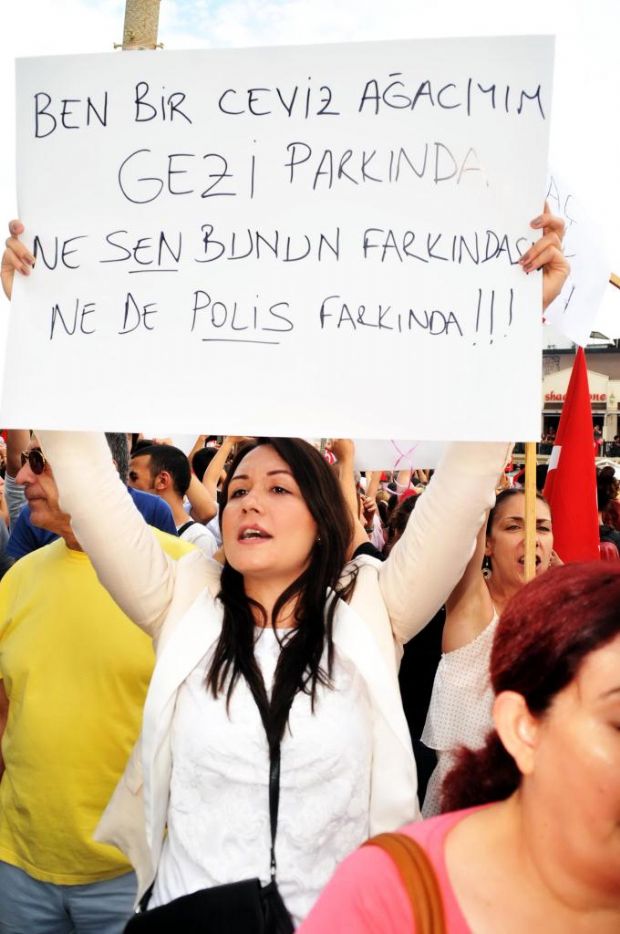 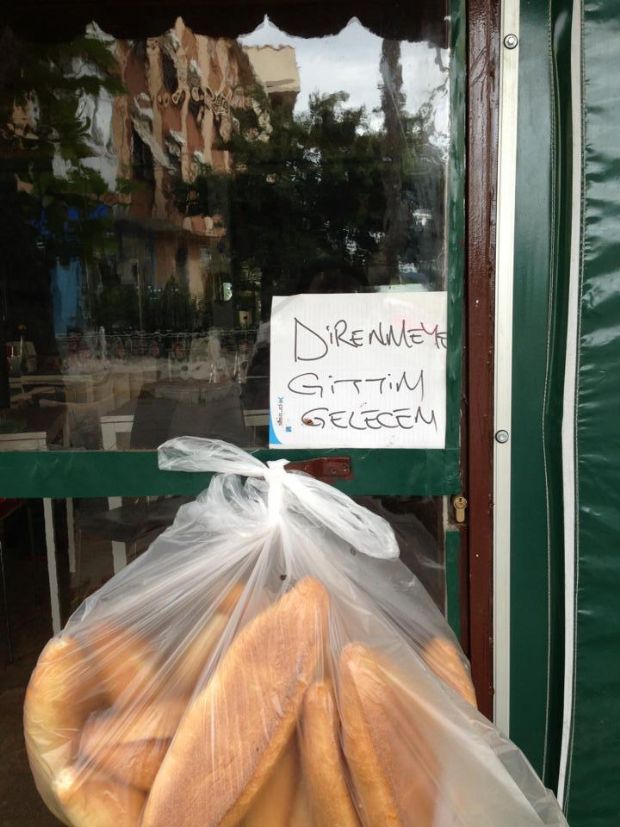